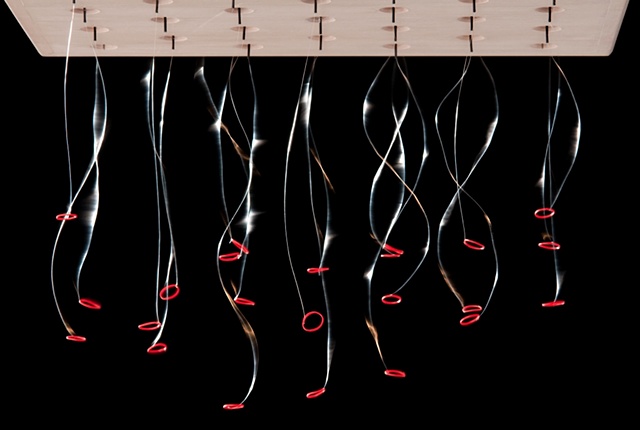 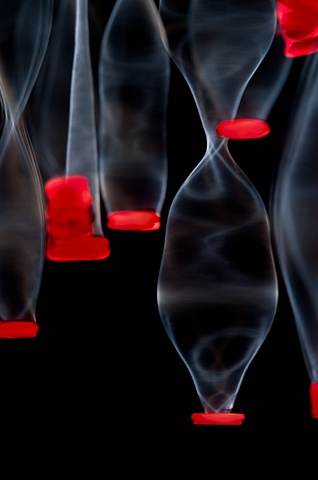 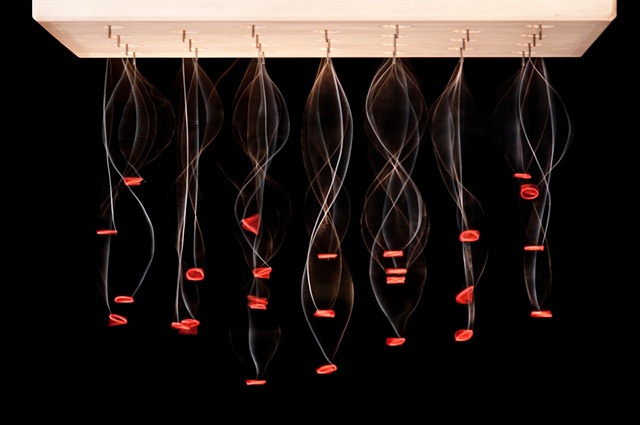 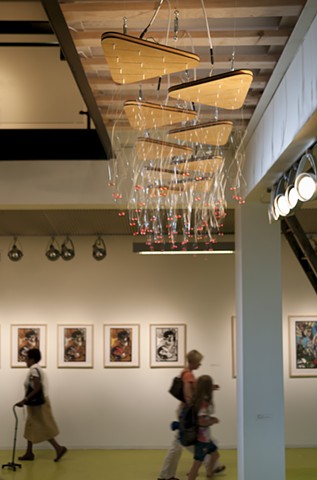 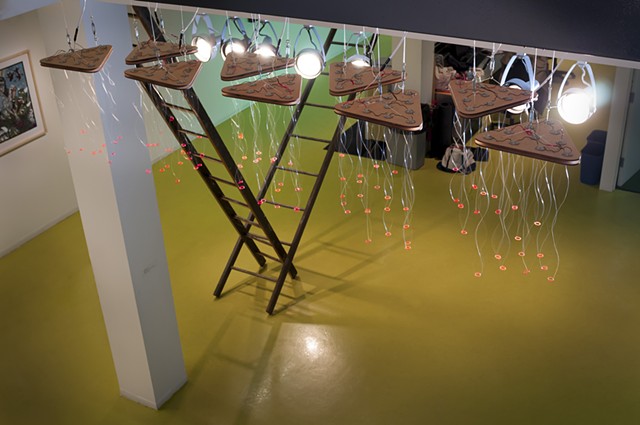 Installation View.
At the Hyde Park Art Center, the view from above. 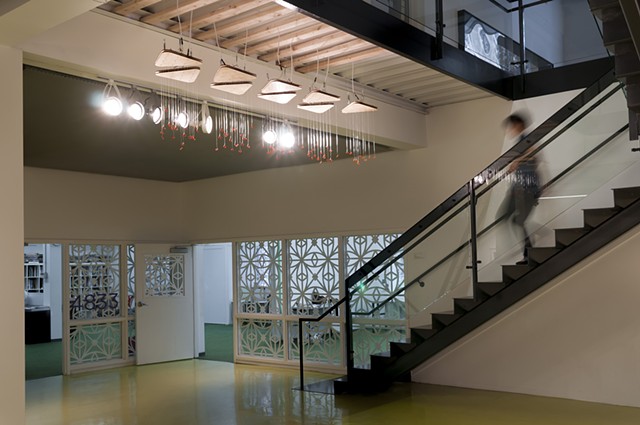 Installation View.
At the Hyde Park Art Center. The piece at rest.

This kinetic sculpture is comprised of red rubber bands hanging from fishing lines, each line attached to tiny motors. When the motors are activated, the rubber bands spin, bounce and float like tiny lassos. The bounce of each rubber band is affected by the length of the monofilament and by tiny variations in the mass-produced motors and rubber bands. The spinning produces standing waves in the monofilament which are highly visible when back-lit against a black backdrop. With a white backdrop, the filament is nearly invisible, leaving the impression of red circles floating in space. On display, the motors run continuously.

In Japan, springtime is marked by "hanami", the Japanese custom of viewing the cherry blossoms as they fall from the trees. Traditionally, social gatherings are held under the trees to view the flowers. When I lived in Yokohama, Japan, I watched the blossoms pile into snow-like drifts along the sidewalks on my walks home.

Red rubber bands serve as a springtime marker for me where I currently live and work, in Chicago, Illinois. Once the snow melts, I find the tiny rubber bands dropped on the sidewalk by delivery people who use them to affix fliers to doorknobs.

I started collecting the rubber bands and eventually incorporated them into this piece, which evokes both places for me. The tiny red circles become minimalist cherry blossoms, and the wide, landscape layout of the sculpture evokes a Japanese painted folding screen. As a viewer moves around the piece, the red circles form different patterns in space, mimicking those of blossoms flowering on a tree. The tethered standing waves capture the motion of the blossoms, fluttering to the ground. All images by David Ettinger. Video by Kristin Pichaske, editing by Megan McEntee.